Poznan in My Pants

Actually, scrap my intro. Check out the original Dickens quote instead. I’m pretty sure he was writing about the 2011/2012 AFC season. In fact it damn near blew my mind:

Now, back to that original intro I was going to write. It was the best of teams. It was the worst of teams. It was a team under-pinned by values. It was a team under-pinned by oil money. Away from Hollywood, there could surely only be one winner, the Oil Money Team.
The contrasts were all there on Sunday to be seen for anyone looking. And by the way, EVERYONE was looking. The world, his wife, the city of 2 Manchesters, all of London. Our Spurs friends had been waiting to see us get our come uppance for some time. Surely, today would be the day, their day.

Above: A Trend map of #AFC on Twitter just after our game

So, let us begin with those contrasts. They were many. Some were subtle, some were not:

Maybe the greatest significance of Sunday is that it was the day we secured the re-signing of RvP: Sunday, April 8th, 2012 at 5.45 pm approx. At least in my opinion.
I have thought all along that RvP would re-sign with only a few caveats to add. However, going into the game against City, although I was cautiously optimistic, I thought to myself that if MCFC showed us up badly in this game, it could be a dagger through the heart of our RvP hopes. Cash beats Class would be the message to RvP. Instead City showed themselves to be both classless and gutless.

For those who are squeamish about poor old Nasri, remember:

instead, all you needed to say, Samir, was that it was a great opportunity for you and your family and you thought MCFC had a great chance of winning stuff. End of. We would have still given you shit but you could always finger that wad of cash in your pocket for consolation while avoiding being classless.

I shall harvest the tears of this grief-stricken City supporter, mix them with my lovers breast milk to feed to our new born child. And thus shall I raise a next generation of Uber Supporter. 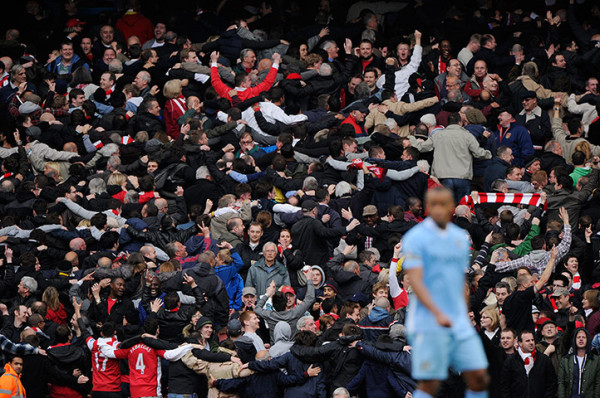 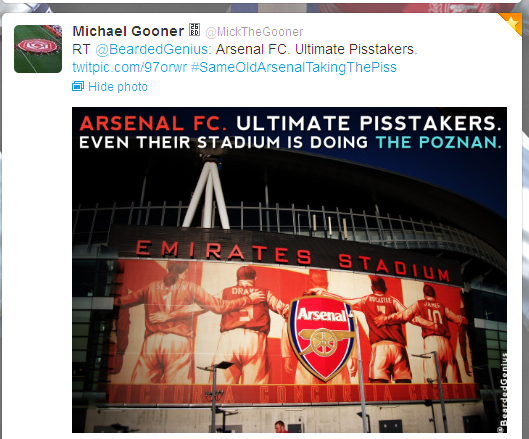 Mansours to themselves: “Looks like we’re going to need another Billion from daddy.” 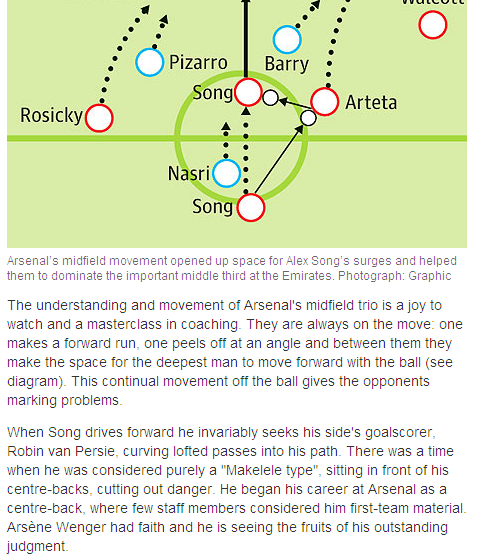 Sagna’s 200th game for Arsenal. Remember to congratulate him!

Below: a couple of tweets of mine of which I am particularly proud:

Below:Not in the face. Not in my pretty face 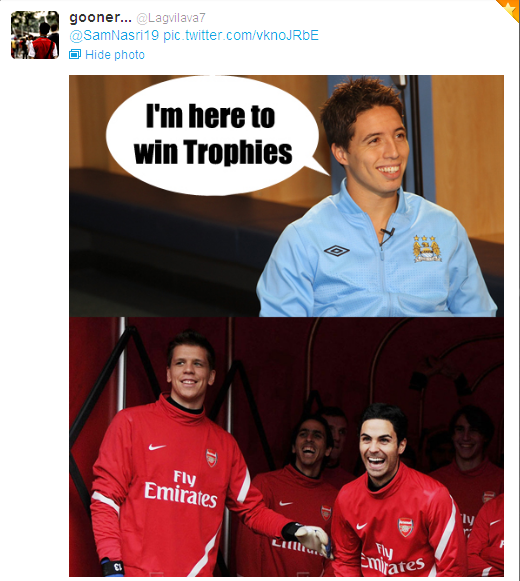 Above: Have you seen this guy hurdle the fence quick as a flash and join the celebration. Wild and ballsie. 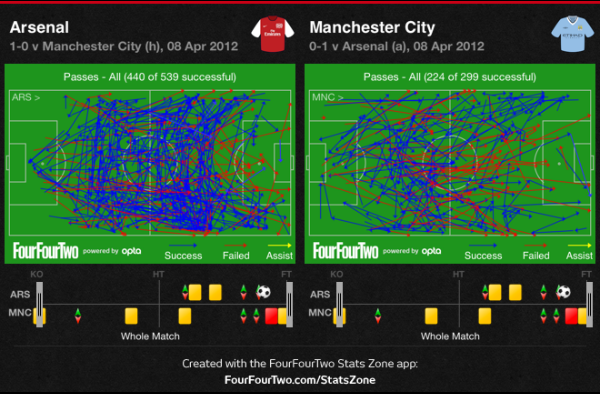 Balotelli: A Cunning Stunt if ever I saw one:

Below: a little Stillman ditty

Below: A contrast in Photos by Pascal Zidane; Nasri vs Na$ri

“The Scream” by Edvard Arteta

Mikel (above) must have seen this Messi celebration (below): 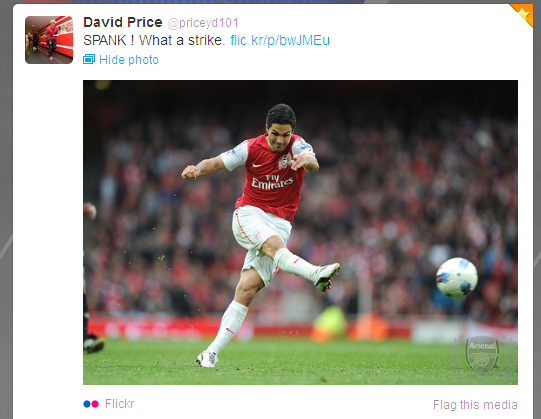 ← The Good, the Bad and the Ugly of the Goonersphere this week
“Class Is Permanent!” Are You Sure, Mate? →

2 thoughts on “Poznan in My Pants”