Part Un – Step Back From The Ledge, Gooners

I wrote this 2 part blog over a week ago, but didn’t post it as I was too busy. It’s interesting to see how our mood as elevated in just the last week. Anyway, cast your mind back to a week ago and how negative the vibe had gotten…

Just to get you in the mood, watch this video. Might be the funniest thing Jim Carrey ever did.

Step Back From The Ledge, Gooners

Another Gooner Blogger must be talked off the ledge

In the last couple of weeks or so many fine bloggers have shared their Existential Angst on the state of the game and Arsenal’s place in it. Money, agents, spoilt and arrogant players, and “It wasn’t like this back in my day, Sonny.”

Arseblog sounded generally jaded by the business of, and the money in, football, and one can understand where that is coming from. It’s all money, it’s all a business, and the business is rigged. Money has stolen our beloved sport. (I’m paraphrasing here.)

Tim Stillman sounded resigned as he cautioned us not to invest emotionally in the players, or in the rumour-mill, but to invest in the club and the shirt. Players will come and go with no loyalty. Nor have we much loyalty to them:

“There never was any loyalty in the sport; the opportunities for movement (now) are simply greater due to looser contract legislation.”

Mean Lean at Arsenal Vision titled his piece “Losing Faith.” It’s a really great piece from the heart. But instead of depressing me, it kind of inspired me. (My wife does accuse me of often missing the point of things. I, on the other hand, am always convinced I see the deeper point.) Here is a clip:

“Where football goes from here is anyone’s guess. I am losing faith in football and I want that faith back once more. Some could say it is sour grapes……The idea of flushing our history and tradition down the drain makes me shudder. Like Dennis, I fell in love with Arsenal because they were Arsenal and nothing else.”

But in all the despair, ML some how sewed the seeds of hope. Like an old man wandering dazed, toothless and alone through the wreckage of a post-apocalyptic landscape. The last human…apart from that 22 year old blond wearing a  UCLA tee-shirt he’s just spotted coming bouncing over the horizon.

Other Gooners have talked about players having no loyalty, that they are mercenaries that wear our shirts. But I think this in particular is wrong. It is much more complicated than that and deep down we know it is. It is a complicated relationship between club, players and supporters. There is mutual love and loyalty in the mix there…to a point, different for different players and different circumstances. And there are broken hearts on all sides. Eboue, Almunia, Squillaci, Eduardo, Arshavin and Vela should give us all pause for thought.

And let me say that there were nuggets of salvation in each piece by Arse, Tim and Mean Lean. Nor could one could disagree with their overall points, but, for my own sanity I will (kind of)! So here goes…

We are in a titanic struggle of good versus evil. Spoiler alert: we’re the good guys.

Let Me Ask You A Question

Let me ask you a question first: Did you, like me, once love the Tour De France, (or Athletics at the Olympics,) but have now reached a point where it is only a curiosity for you because you don’t know what’s real. Is he or isn’t he doping? (He very probably is.) No matter what he says, how did he ride up a series of Alpine walls for the last week and manage to stay ahead of a peloton full of dopers while not doping? In fact, how come he looks the freshest of them all, that fellow in the yellow jersey. 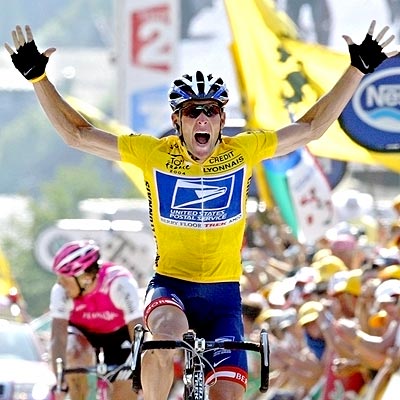 Or do you, like me, hope that Usain Bolt is just so much better than the rest that he has never had to dope. But you still don’t know.

Everywhere you look in sports, in business and in life, cheating is rife.

If only there was one great sport where you knew who was and who wasn’t a doper. Even if my guy comes 2nd or 3rd, just show me something I know is real. Let me know that what I am watching is 24 carat sporting excellence even if the chance of victory is slim.

Well, today, my son, your wish has been granted. You may watch, follow and love the Arsenal. It is a beautiful team in a beautiful game.  The Sport or rather the business of the sport may not be very beautiful at all. The silverware you strive for may be elusive…very, very elusive. But when you beat City 1-0 with an Arteta blast from the blue, rejoice with an open heart. That was the real deal. Now look downwards. That is a Poznan in your pants.

There is only one way to be at peace with the Sport. We must continue to see it as a battle of good versus evil… because it is. If other supporters from other teams see that as a bit pretentious, then fuck ’em. They are blind or they are closing their eyes. They are either from a lower team and think we’re just as bad or we had it coming. Or they are from one of the doped teams who don’t want to be reminded that they’re watching Ben Johnson lifting the trophy. It’s not like we need to be liked by them. Let it draw our tribe closer together against the haters. So fuck ‘em all. We are The Arsenal. We wear the white hats.

Shock and horror. A player later on in his career wants to leave for a better shot at gold and silverware. What are you going to do apart from ask him to do it with a modicum of class.

I would say, not much. I would simply suggest, it says that City pay a shit load more money and have a better than 50/50 chance of winning the title again.

Now, remember a few weeks ago, when we were all so very chipper. Podolski and Giroud were coming in and upping the team’s handsome quotient. Perhaps I wasn’t quite as chipper as the rest of you. Whenever I kept seeing tweets about how different it was going to be this summer transfer, I gulped. Some of the tweets from certain people in the hierarchy had the tone of: “Finally, they have listened to ME and they have learned. If only they had listened to ME last year and followed my simple formula of sorting things out early in the summer, it would all be fine.) Tim Payton famously tweeted, “It’s not rocket science!” Well, neither is crocodile wrestling, but that’s still a motherfucking crocodile you’ve got to get in a headlock.

Now, I will grant you that we’re getting all the headlines, or so it feels. But every other rival, except the Oily ones, has major drama set to play out through the summer.

Spuds – Modric, Adebayor, and looming over all that is the long-term issue…how do they get a new stadium

United – Wellbeck contract non-renewal, RvP battle with City, deadwood of Berbatov and Anderson who no-one wants, need a substitute for Hazard who they lost, small kitty (the Glazers are taking out 80m annually from SAF’s transfer kitty)

Liverpool – Andy Carroll is one massive piece of deadwood and a stumbling block, slow start to window for the club so far, and a new manager (whatever happened to the last 3?)

So here we are again, predictably, making sausage.

The summer transfer window is like making sausage. You don’t want to see how those delicious bad boys are made. And you don’t want to know what’s in them or whatever happened to Squillaci. It’s not a pretty process. Into the sausage goes all the players we can’t or won’t keep. But out comes delicious Arteta, Oxlade and Yossi sausages. >>>

If you fancy reading more now, click below and read on! Or wait for a couple of days when I’ll be promoting the 2nd part of this post and you can catch it then.

Part Deux – How We Win

3 thoughts on “Part Un – Step Back From The Ledge, Gooners”