He Was Not Waving… 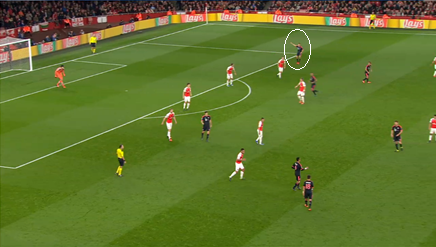 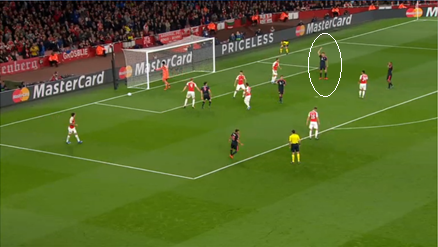 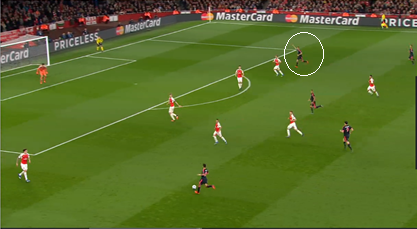 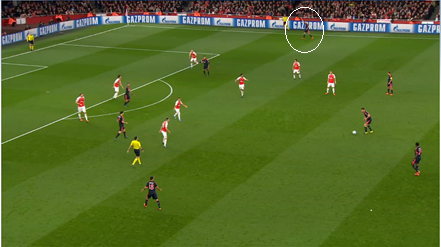 I THOUGHT HE WAS WAVING

I thought he was waving, that man far from the shore. He waved and waved and waved some more or so it seemed to me. And when the waves washed up his body they told me his name was Muller. He was a German lad. A young man too with all his life and his best years yet to come. Very sad. He was not waving…he was drowning.

I must confess that I thought for a moment that he might be drowning and not waving, that he might be lost, stranded, cut adrift. There was a moment before he went under for a third time….I thought to swim out to him. They say you shouldn’t speak ill of the dead but he looked like a bit of a c*** to me. Like the kind that would repay your courage, your gift of life, by pushing you under to save himself. And so I hesitated. And decided he was waving. But he was not waving…he was drowning.

It wasn’t hard to find pictures of Thomas Muller waving during the match. After finding the first five, I got bored and gave it up. It was amusing for a while but he did a lot of waving.

This club, Bayern, is notoriously arrogant. And that’s not us saying it. That’s the nation regarded by many as the most arrogant in Europe saying it. Thomas Muller decided to give himself his own nickname: The Raumdeuter (The Space Investigator.) I mean, for fucksake, is he 12 years old? Or just arrogant? This team were seen celebrating when they were put in the same group as Arsenal. They came to London this time with a swagger of new proportions, in high spirits and full of patronizing platitudes about us. And you know they were laughing about what they were going to do to Mertesacker and Bellerin and Monreal and Cazorla. Well they’re not laughing now, the fucks.

This Bayern game will be remembered as the night of our fullbacks. Hector Bellerin came back from a torrid first half to win his personal fight with a last minute knockout and in the process he put down a marker for his career and football took notice. Every top football club in Europe, every manager of a Big 10 club wrote himself a note in his little notebook: “Get Hector Bellerin.” And Arsene Wenger wrote a note: “Extend his contract on the bus home tonight.”

I CALLED THE RESULT

They may be the best team in Europe right now, but I called it: 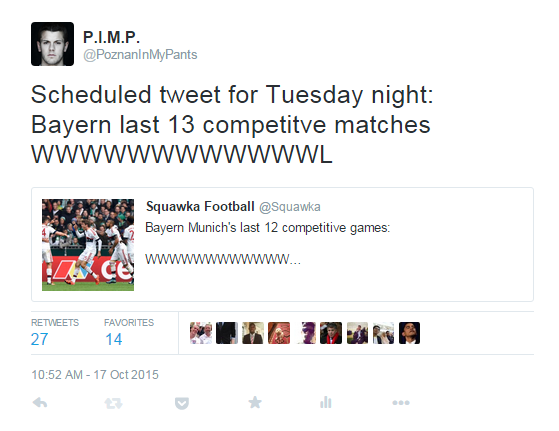 I read a very smart tactical review of the game but I think it missed a point, maybe THE point, by once again viewing the contest through the eyes of Bayern Munich. It didn’t consciously set out to do that, just as the match commentators didn’t set out to do that. But they did as they purred for every elegantly stroked pass of Guardiola’s possession masterclass. “Arsenal supporters won’t be used to seeing their side being dominated in the passing statistics!” Errr…yes. Actually. Yes we will. Try and keep up, boys.

The conclusion of this clever blog, full of diagrams and tactic talk, was that Bayern Munich simply failed to move the ball quickly enough from side to side. Now, that part was true in my opinion. But it’s the “why” that he gets wrong. The writer concluded it was a lack of urgency on Bayern’s part. I think that’s a failure of analysis. They lacked urgency for a very concrete reason: As they passed around and back their semi-circle and back again, they lacked an outlet. They were all backed up. Constipated. Mertescielny and Coqzorla blocked the center and Monreal blocked our left. Bayern’s only fruitful area was our right where Costa was providing Hector with an education. Truth be told, Hector survived and did “well enough” in the first half and when he did get skinned on a few occasions, he either had cover or our compact center held. And by the second half Bellerin established parity with the brilliant Costa who then went infield and the far wing in search of greener pastures. But the grass is not always greener on Monreal’s side. 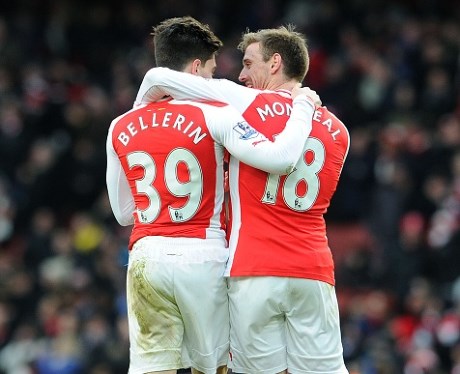 This fullback pairing was as strong a partnership as any on our team, even if the most distant. Time and time again they frustrated the Bayern passing, sending them back in the semi-circular direction from whence they came. And like settlers in covered wagons heading West, the Germans were travelling well-worn trails across the middle of the pitch where our Indian war party were lying in wait to spring an attack. And we did. The ambushes were at lightning speed and the warriors returned to camp with scalps hanging from their belts.

Bellerin’s goal, as it should be known, was brilliance, a sucker punch to a team who think they can knock it around the back with impunity.

And 10 mins before that he had roused the crowd by sprinting to slide and win a corner from an over-hit long ball on 80 mins. And then minutes later at the other end he hunts down a sprinting Costa to catch him and blast the ball into touch.

But Monreal was superb throughout. Not only did he disappear Thomas Muller but he also disappeared Phillip Lahm, the world’s most intelligent footballer according to Pep Guardiola, and in all fairness, a player who has given us tremendous trouble in the past attacking us down our left side. And as if keeping those 2 Bayern legends anonymous wasn’t enough – shuttling back and forward between them, handing one off to Koscielny before darting back to snuff out the other –  Monreal was involved in 2 out of 3 of our highest passing combinations, feeding Alexis and Ozil for the counters and to relieve the pressure.

Just think about that for a moment. Monreal neutered 2 of the most intelligent and dangerous players in the world and was still able to put more passes into Sanchez and Ozil than anyone else on the team. Arguably our best chance of the game came from Monreal sprinting to the byline to fire in an inch-perfect cross onto Theo’s head. And then he sprinted back to catch Muller and get goal side on the next play. All in a day’s work. But exactly how intelligent do you need to be to keep those 2 players invisible for 93 minutes? It gets better with each watching as he shuttles from that compact position in the back 4 covering Koscielny over to the drowning, waving Muller on the touchline, scaring away the pass or escorting the attacker into Koscielny’s safe hands. Monreal has an owl’s ability to rotate his head through three hundred and sixty degrees which is probably quite off-putting.

And the roar Monreal got from the crowd late on in the match when he harried, bullied and rode Muller up the touchline and back towards his own goal. It was our night and he let Muller know it. 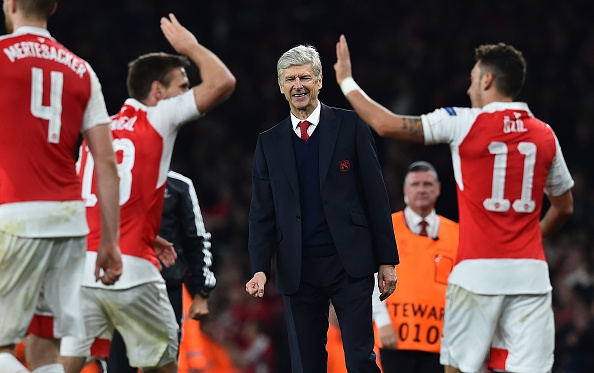 They made an old man happy for his birthday.

Thomas Muller was not waving…he was drowning. Nacho Monreal swam out to him and pushed him under just to be sure.

7 thoughts on “He Was Not Waving…”