We Got 99 Problems But A Bitch Ain’t One.

99 Problems But A Bitch Ain’t One.
Arsenal, like every club, has many problems to address over the Summer. Nasri shafted his team last year by agitating to leave, thereby contributing to our worse start since 1763. But now…we are over the bitch. Arsenal have moved on. We are ready to compete. We’ve got lots of options in the squad which suit us well.

Take The High Road
So, look, I’m with all you guys who said, take the Higher Road on this Nasri stuff. I’ve only tweeted a few times about him since he left the club. And probably half have been positive tweets. For example, at one point I was compelled to thank him for volunteering to play in the Liverpool game when we were down to selecting the WAGs and children of squad players.

So it is with some reluctance that I do this but…here goes.

Class Or The Lack There Of
I blogged a while ago about Class, specifically Arsenal and Class: “Class is Permanent!” Are You Sure, Mate? about how it is NOT permanent and that we should guard it jealously. I talked about who had it and who didn’t. I refrained from putting Nasri in either category at the time. Obviously, I couldn’t put him in the “has Class” category and I didn’t put him in the “got no Class” category because I thought we should move on and because I cut him some slack for the high emotions he must have been going through when he left Arsenal.

But, at his moment of triumph, when he had made his point, he had to open his classless mouth. If Nasri wants to hit back specifically at Piers Morgan, Frimpong, and the Tweeters or whoever gave him shit, then fair play to him. Of course if he had some class, he’d ignore them. (That’s partly what the 200K per week is for.) If he wants to shoot in self-defense, OK. But this guy takes out a machine gun and mows down everyone who used to be his friend and his team-mate. HE questions THEIR values. HE questions THEIR class. And by direct implication, he is OK with hurting Wenger as collateral damage”

“I hope they are watching me now, collecting my Premier League winner’s medal. I believe they have not won a trophy for many years now.“

“People at Arsenal tried to make out that I came here for the money.”

I wasn’t sure if that was about the Tweeters/Piers Morgan or Arsenal, but then the next line was:

“If all that I was interested in was money, the easiest decision would have been to stay at Arsenal, picking up my money every week and walking into the team – there are many people doing this right now at Arsenal.”

“I made the hard choice to come and fight for my place at a big club, where they never settle for second best, and I have proved it correct.

“I now hope the Arsenal fans can get on with their lives and forget me.”

“They should celebrate their third-place achievement and I will focus on winning titles.”

Well, that’s about his Arsenal team-mates right there. The team that he gutted by piling onto the Fabregas exit. The team that, despite losing Fabregas, Nasri and Wilshere and playing with either one or no full-backs for half a season, fought from 17th to 3rd place when no one, NO ONE, gave them a prayer. Players just picking up a pay check, my ass. Did you see Gibbs’s tackle against WBA . You aren’t fit to lick van Persie’s Golden Boots. Benayoun shows more respect to his loan club and his temporary team-mates than you could ever comprehend. Sagna, Vermaelen, Koscielny, Song, Ramsey, Rosicky and all of them, they are just picking up a check? Usually our problem with all these guys is that they try to do TOO much.

And let me add, there isn’t one player in our starting eleven who couldn’t get more money right now at another club. They can honestly say that it isn’t about the money, that they want to win something the RIGHT way. The thing is, Nasri, they’re just not the back-stabbing kind.

Nasri, you are such a little man.

You were a little man when you had you’re, “I won’t shake Gallas’s hand” performance. Ironically, you said this about Gallas leaving for Spurs:

‘”There are always ups and downs in life but I have a lot of respect for the way a player stays loyal to his club.”

You were a little man when you fell out with Thierry Henry, captain of France, over sitting in his bus seat. Sure, you’re cool with Thierry now, but that’s because he had some class about it. Otherwise, you’d still be carrying that grudge.

You were a little man when you had to answer back to the tweeters who said mean things about you. You’re what age now?

You were a little man when you got into a high-speed 2 car shouting match with some Liverpool supporters after you lost and played crap.

And like most sufferers of Little Man Syndrome, you need big medals to try to compensate for your inferiority complex. You don’t need to earn the medals. You just need to have them. 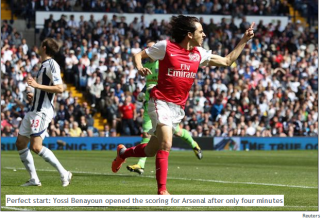 Quick reminder, Samir, here is what class looks like and here are players who play for the love of the team. Remember loyalty, that virtue you loved to spout about. 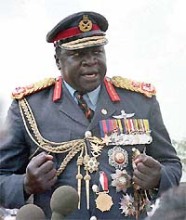 Look Samir, these guys have lots of medals too. They too would argue that they earned them. But you know they didn’t.

Et Tu Brute!
And you mock this man and his life’s work as settling for second best and as not having won a trophy for years. You move from Arsenal to Citeh, and you say you wanted to move to “A Big Club”?! And you said all this to your team-mates and Wenger for what reason? Because some mean tweeters said some mean things. Grow up, you small, classless man

Well, enjoy your medal, Samir. When they bring in Eden Hazard this Summer because you underperformed and they put you out on loan to Spurs, let’s see how you do “earning” medals there.

And, Samir, just so you’re all clear what I and all right-thinking fans are pissed off about: mocking your team-mates for having a lack of character just because some teenager on Twitter gave you stick is in a special category of Classless.

Now shut up, or you’ll get yourself an old-school Detroit-style bitch-slapping. (We don’t just make cars in Detroit, OUR bitches get slapped!)

A little add-on to the post. Jack Wilshere was asked about the Nasri comments on Wednesday of this week. As usual he displayed the class that Samir lacks:

“I don’t know what goes on in his head,” Wilshere said.

“Fair play, he has won a trophy, but over the next couple of years our goal is to win a trophy and I can see us winning a trophy.

“Maybe he spoke too soon and hopefully we can rub his face in it next year.”

That indeed is how we will answer Nasri, (though I’d still like to keep the bitch-slapping option on the table.)