Hard Out There For A Pundit

Hard Out There For A Pundit

“We’ve got a Big Effing German,” they sing at Arsenal.

You know who else has a Big Effing German? Germany.

So, Mr Pundit, you just discovered Mertesacker, did you? Welcome. Just 3 seasons behind, but, welcome anyway. 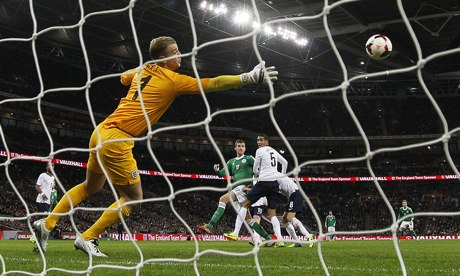 Look, Mr. Pundit, it’s not easy when you’ve fucked up. Again. You have flapped at Mertesacker as hopelessly as Joe Hart flapped at his header last night.

Trust us, we know. It’s Hard Out There For A Pundit. One minute, you’re slagging off Mertesacker and everyone laughs along, like you’re so clever and witty, and clever. And witty. You mock Arsenal to heads that were ready to nod in agreement. You “imply” that Arsene ain’t what he used to be, because, afterall, that’s ”a given.”

♪ ♫ And then Per goes and spoils it all by doing something un-ignorable, like that header. ♬

Is this the moment the penny finally drops? About Mertesacker, yes. But not JUST about Mertesacker. About Arsenal too? Was that the one little crack in the ice under your feet which suddenly spreads, ripping across the frozen surface of the lake, like a bolt of lightning.

You knew Germany were better than England before that England match, Mr Pundit. You “get” Muller, Ozil, Schweinsteiger, Draxler, Lahm, Neuer, Reus, Gotze, Khedira and a legion of other great talent that they have. Worldies. Or Worldies in the making. But Mertesacker? Come on now? You ask “How could they blindside me with Mertesacker. And how did he sneak those 95 caps for Germany. I mean he’s not that good. Come on! I have watched him with my own eyes. I have opinions. Good ones. And I know a thing or 2 about football. Don’t I? …Don’t I?…Do I? They gave me a journalist badge for this presser…It must mean something, musn’t it? They must know if I know something…Mustn’t they?…. Hello?……..Hello?”

And so, dear Pundit or journalist, or talking head, when the silence finally gives you your answer (ie you know fuck all about Arsenal,) it is time to go back and see what the warning signs were that you missed along the way. Not recognizing Per as a Top Class defender wasn’t your only error, not by a long way.

When all your old clichés let you down – clichés that got you your job – you inevitably start to ask yourself “What changed?” You probe deeper: “They used to love my lazy pseudo-wisdom, the way I simplified everything for Joe Public. So…what changed? Was it me? Did I get too old for this? Am I out of the game too long? Is it the young people? The demographics? Or was I always a hack? When did up become down? When did right become left? North become south? Arsenal become bona fide? Per become “the man?” Arsene find his Mojo?

Well, the only good news is that you are not alone. You suffer from a journalistic pandemic of the frontotemporal dementia family of diseases, called Arsenalis Denyusitis. In fact there is a self-help group that meets on a Wednesday evening, 7pm, at St John’s. It’s for clapped-out Pundits/Journos who’ve lost it (probably never really had it in the first place.) Pull up a chair. This is anonymous, but you all already know each other. In fact, EVERYBODY already knows you all. But Alan, meet Alan, John, Matt, Ollie, Oliver and… well you know them all.

The first thing we have to do is confront the truth, the reality. Shit neeeeeds to get reeeeal. It’s time for a gut check. So…let’s get real. How long have you been labouring under the old or false belief that…

So, Mr. Pundit, when you get your head straight on this stuff, you might finally grasp why Arsenal is a real contender this year. Or…you can just stay confused and look the fool.

On Szczesny: “Oh look, it’s shiny Joe Hart and De Gea and Lloris” say the journalists as they become distracted away from Szczesny by a host of other topical keepers, rather resembling a bunch of kids gamboling across a meadow with their butterfly nets.

On Arteta: Remember all those stats you journos threw together to show how effective Carrick was versus the other CMs while you ignored the name at the very top of every stat? Arteta was a statistical anomaly to you, unless you actually really watched him play. And then there is the meme: “Oh, but he doesn’t perform in the CL.” Bayern away? Dortmund away?

On Flamini: Listen, we love Flamini. He has a very particular set of skills. But please, Mr. Pundit, don’t overlook what Arteta does. And they can and do play together – Flamteta as someone tweeted.

On Theo: No one noticed that Theo was at the top of the table for Goals + Assists per minute last season in EPL right alongside rvp.

On Koscielny and Mertesacker: via Michael Cox – “The relationship between Per Mertesacker and Laurent Koscielny has clearly been a key part of the defensive plan. The two complement one another perfectly – Koscielny storms into tackles and sticks extremely tight to opponents, while Mertesacker is cool, calm and collected, and rarely lured out of position….The fine organisation at the back means Arsenal are currently conceding their fewest goals per game since the 2007/08 campaign.”

On Rosicky: Mr Gegenpressing has been vital to us in the 2nd half of the last 2 seasons. He’s a slide tackling ninja, and he still runs past midfielders 10 years his junior for fun. And they will die the death of a thousand one-touches.

On Ramsey: via Michael Cox – “For example, while Ramsey has already managed eight goals and three assists in his 10 matches so far in 2013/14, he’s also been Arsenal’s most prolific tackler. In fact, no-one else in the Premier League can match his 35 tackles this season – and when you consider Ramsey’s received more attention for his attacking qualities, it proves he’s currently a complete central midfielder.” “He has a great engine, a great spirit and has an obsession, he always wants to be better,” says Wenger.

Ozil on our midfield (and he wasn’t talking about himself:) “@MesutOzil1088 That was Football in formula 1 speed. It’s wonderful to be a gunner”

Michael Cox on our midfield: “the options among Arsenal’s central midfielders are perhaps the best Wenger has ever possessed”

How Did You Do, Mr. Pundit?

So, Mr. Pundit, how did you score? If you got more than 12 wrong, you’re incurable. 8-11 wrong, you’re shit but there’s hope. 1-7 wrong, there’s real hope, and we’d like you to spend time with Adrian Clarke in what we term “re-education” sessions.

But for now: watch, listen and learn. Wenger, the master, is at work. Shhh! Don’t ask him your insightful questions. You won’t understand the answers. Watch, listen, learn.

12 thoughts on “Hard Out There For A Pundit”