Arteta’s Protégé. For Whom The Bell Tolls.

I love Mikel Arteta. I love him because I am not dead inside.

“The diminutive Spaniard” is so talented that he made the transition from an attack-oriented midfielder to a stay-at-home, deep lying defensive guardian almost seamlessly. It is clear the deep respect Arsene holds for him. Arteta has been “Wenger-On-The-Pitch” for his time at Arsenal, translating the game plan dynamically on the field. And The Word was made flesh. 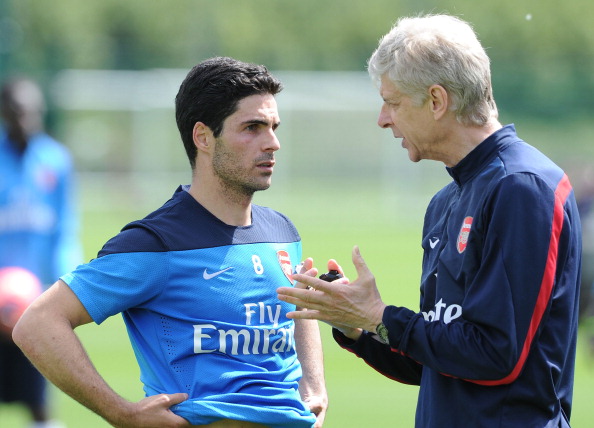 Of course, outsiders never got Arteta. Invariably they would talk about how we needed someone else, someone who could win tackles.

And remember this gem of irony from The Sun, on Michael Carrick, The Baron of Bland… 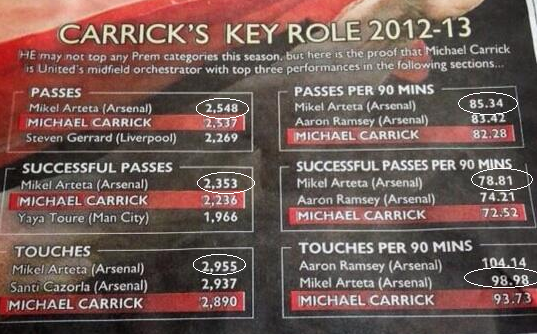 The one that told us how “unsung” poor little Michael Carrick was. All the while ignoring Arsenal’s Mikel Arteta. Arteta wasn’t just unsung. He wasn’t even hummed.

But, at some stage in the near future, Arteta’s days as a starter will be well and truly over. And he must pass the baton to his new protégé.

Speaking of his protégé, we’ve been lucky and Arsene has been lucky to stumble upon and trip over an Arteta-replacement hidden in our squad. While the world has urged him to import a top talent, Wenger has resisted for whatever reasons. And through good fortune and patience he has stumbled on a newer, younger model to replace the aging Arteta.

It would seem almost impossible to replace the exact mix of talents that Mikel brings to the position.

Coquelin provides extra bite in the tackle, extra appetite for the interception, an imposing physical impact. But Arteta must find ways to pass onto his true heir the calm, poise, control, faultless passing and simplicity. Allied to that is his tactical understanding, leadership, and even penalty taking. Also his Spanishness.

A tough task and a long list, you might think. Ridiculous and unreasonable. How can you ask Coquelin to be that which he is not. Well, you don’t. You ask the guy standing beside him. Santi “The Protégé” Cazorla.

Let’s be honest. Is there anything Cazorla can’t do? Let’s start with the big stuff. He’s already extremely Spanish and he’s absolutely adorable. At least as adorable as Mikel, and probably more Spanishy.

He is a many-capped International in the era of Xavi, Iniesta, Silva and Busquets. 73 appearances in one of the all-time great National Teams, while they won the European Cup and the world Cup.

He already takes our penalties.

He has Wenger’s deepest respect and trust.

He has a superb attitude, a never-say-die mentality.

He is humble, a consummate professional, and he loves football.

And did I mention he’s adorable? 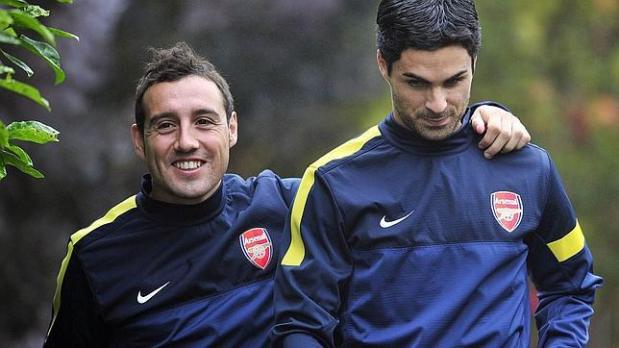 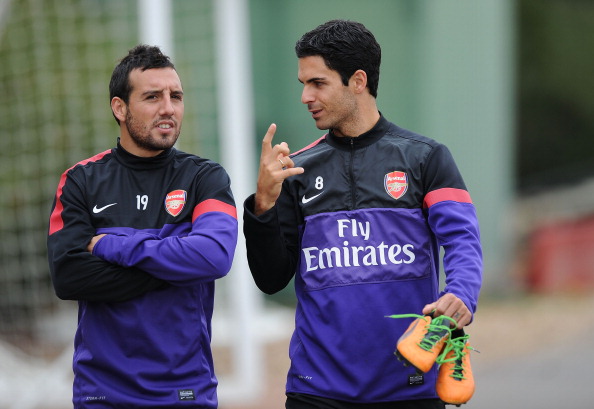 Like Mikel, he has perfect touch with his small, soft feet, possibly achieved through the cruel and barbarous foot-binding practice of the ancient Chinese. But well-worth it, in the end.

Mikel is good with both feet. Santi only has one foot which he swaps from ankle to ankle with blinding quickness as he runs.

Arsene Wenger, when asked about his player of the year:

“Santi Cazorla played over 50 games and from the start to the finish he was absolutely top. Maybe with the quality and the consistency included from start to finish, it’s Cazorla who has stood out the most.

“He had a few games where he was unplayable. I do not look too much at his individual brilliance.

“He makes the others around him good and that’s an outstanding quality for a midfielder.”

It seems a much smaller task for Santi to become the new Arteta than for Coquelin. Cazorla simply needs time behind the wheel to resolve the last few short-comings. The tackling and intercepting stuff. But he already seems rather promising at those, in an Arteta-style intelligence-over-brawn approach, where 2 men go into a tackle but only Santi and the ball emerge.

And more time in the role should allow for greater positional discipline, better decision-making combined with excellent two-footed distribution from the back, and the glorious sight of Santi pinging cross-field diagonals left and right with either leg.

You might say that Santi doesn’t have the attributes required to take that step into becoming the most defensive midfielder on the pitch. But then you and I would have said the same about Arteta once.

Could this be in Wenger’s thinking? That Coquelin’s backup will not be a new DM, or even a patched up Arteta? But an evolving Santi, who, given his robust fitness, will go on to be the new Arteta for the next 3-4 years?

But if you want to know who our cover for Coq is next season, “Ask not for whom the bell tolls. It tolls for Santi.”

Could this be the thinking? I don’t know. I just type what I’m told.

23 thoughts on “Arteta’s Protégé. For Whom The Bell Tolls.”